From Luke Welham, general manager: I am delighted to announce that the golf club has continued to improve in terms of membership. In the past month we signed 110 new members to the golf club and most of these have signed because of membership referrals. Firstly, we would like to thank all the Members who have introduced new people to the golf club to help us grow.

All these new Members have brought the handicap and competition secretaries a lot of admin work, so I would like to say a huge thank you to Chris Conquest, John Taylor and all the admin support for their arduous work.

Captains’ Day will be a huge event on June 12th and we look forward to judging the most audacious costumes! Good luck to Guy Wright and Norah McPhail, who have put in a lot of effort in organising the event. Hopefully the sun will be shining for the promising year ahead.

From Ross Cook, Courses Manager: I think we can throw the calendar out the window this year, April was barren and cold and May has been wet, with below-average temperatures.

I talked last month about average temperature only being at 5c, when I would expect it to around 8c for April. In May, I would expect that to increase even further to 12c but we are only sitting at 9c. This all adds up to being around six weeks behind the calendar — the conditions we are seeing in May are more like a “normal” March. Warmer weather is on the horizon, however, so it won’t be too much longer before we can all enjoy the greens at their best again.

The course has come on leaps and bounds in the last month, it is amazing what a bit of natural rain can do. The greens have had a second spray of Nematodes to help reduce the number of leatherjackets. We have also been verti-cutting at -2mm every two weeks to bring the Poa seedhead to the surface, so it can be mown off to enhance trueness. This process will also increase density, encouraging the plant to thicken out, which will then help fill in the damage left by the leatherjackets.

We applied a granular fertiliser at the beginning of May that has improved the surface a lot. We only have a few greens on each course now that are behind in their recovery but we plan to top-dress them in the first week of June to fill in the remaining areas. The tees are also benefiting from a granular feed that is making them much stronger and allowing divots to repair quicker now warmer temperatures have arrived.

All fairways, semis and approaches are being sprayed with weed, feed and growth regulator in the first week of June. This has never been done before due to its vast cost and resource requirement but with the budget Get Golfing has provided we can now fit this into our monthly plan by outsourcing the spraying. Going forward this will be a monthly feature, with the weedkiller programme replaced by wetting agent.

Some of you might have noticed a lot of spraying carried out in the long rough a few weeks ago. This was a selective weedkiller spray, again something not done before due to budgets/resources, but this will be a massive improvement of our long rough areas both visually and playability wise.

The driveway has had a lot of work done to it in May, with the woodland on the right being cleared out and levelled, lots of bramble and scrub has been taken out from around the rhododendrons to further enhance the visual enjoyment when the plant flowers. The ditch along the roadside has also been cleared out allowing water to flow away quicker.

With competitions coming up thick and fast from mid-June onwards, our plan is to get all the maintenance work on the greens done in the first week of June, so that we can concentrate on presenting the courses and getting those greens like Augusta (again). Happy golfing and I’ll see you all out on the course very soon.

It has been exciting to welcome everybody back into the newly refurbished clubhouse in the past three weeks. I have attached a before and after image below to see how transformative the renovation has been for the whole environment at the golf club. We would like to thank everybody for their support who helped make it happen.

Ignoring the recent downpours, it has been an eventful month at the golf club with competitions and the first of many social events.

On Thursday, May 20th, we hosted our first quiz night which was a huge success. Despite four days’ notice, there were 45 attendees for Amy Kendrick’s unique quiz. We would like to give a special mention to Steve Western, who was an excellent quiz master on the night.

Quiz night will be a recurring event on the third Thursday of every month, so please visit our Facebook/What’s on page if you would like to find our any more information. Fresh food including sharing platters, calamari and much more will be available on the night so feel free to invite your family along for a fun night.

What’s On in June?

Following on from Quiz night, June is a very busy month for the golf club as we continue to grow the social side. All our upcoming events can be found on the What’s On Page. However, please take a special note for Sunday, June 27th, as Sherfield Oaks is hosting a Q&A session with Get Golfing’s CEO, Ed Richardson. The session will be hosted inside the clubhouse from 6.30pm with food and beverages available throughout. May I ask everybody to submit questions in advance to [email protected] to ensure the session has a guided agenda.

Throughout June, there will be open social occasions at the golf club such as Father’s Day, National Fish and Chips Day as well as a Dog Walking group that is geared towards playing a bigger role within the community

In addition to the social events, the club is hosting demo days for Cobra and TaylorMade on the range, all information can be found on the same What’s on Page.

May was a great month for competitions with some very notable scores. The standout performance for the month has to be Phil Newborough’s incredible 45 stableford points in the Greenkeeper’s Cup. To put the weather conditions into perspective, only four players recorded more than 36 points out of a 53-man crowd, and this does not include the 20 dropouts on the day.

This event was also the first round of the Race to Le Touquet and the current leader board is posted on the noticeboard, situated by the changing rooms.

Phil Newborough tops the male leader board whilst Zoe McIntyre leads the female leader board, there will be a lot of attention on the Race to Le Touquet events so please keep an eye out for them.

Norah McPhail would like to add a special mention to Janice Thomas who recorded yet another hole-in-one on the Wellington 8th in a Ladies Medal. This is her third and she is making it look far too easy.

Charity Get Golfing CIO is excited to announce that it has agreed a 25-year lease with property company, U+I plc to take over the running of Arkley Golf Club, near Barnet in Hertfordshire.

Arkley joins Get Golfing’s stable of clubs including nearby Mill Green, which sits between Hatfield and Welwyn Garden City in Hertfordshire, Warley Park in Essex, Surrey clubs Hampton Court Palace and Pyrford Lakes, Redlibbets in Kent, The Bristol in the West Country and Sherfield Oaks in Hampshire.

Situated in close proximity to the M1, M25 and A1 on the outskirts of Barnet, Arkley Golf Club is a beautiful par-69 course laid out by celebrated golfer and course architect James Braid and further improved by the legendary course designer Harry Colt. The tree-lined, 9-hole course has 18 distinct tee boxes and provides an enjoyable challenge for golfers of every level.

Get Golfing CEO Edward Richardson says, “Arkley is a special golf club with an important place in the development of golf in Britain, so we are delighted to be involved in returning the club and course to its former glory. We would encourage anyone who loves golf to try Arkley, it is a historic course and a very welcoming venue to relax after a game of golf.

“We are also immensely proud that the current operator, U+I Golf Limited, has chosen us to continue their good work. Director John Weir is a hugely respected figure in the golf industry and to get his endorsement means a lot to all the team at Get Golfing.”

The change in management also means that Arkley members will now be able to access other clubs in the Get Golfing group at great rates and will benefit from a range of market-leading discounts on drinks, food and golf equipment. They will also be able to enter some of Get Golfing’s fantastic competitions, such as Get Golfing’s Society Masters and its Order of Merit series for members, called The Race to Le Touquet, which in addition to offering the opportunity to win golf trips, comes with a fantastic array of prizes.

Club Captain Kaz Donald told Arkley members in the club’s April newsletter that the handover was “a real positive” for the club: “President David and I have met Edward Richardson and we were very impressed. His passion for golf, and the future, is palpable… I do believe that the future is bright!”

From Dan Kean, PGA Pro: The time has come to finally reveal my subscription services! Now we all have some form of subscription whether it’s a gym or for Sky TV or even to other entertainment services, so why not for your golf game and your journey to better golf!

We all know that to reach certain goals — whether it’s a score or handicap or just to beat your golfing buddies — it can take time and serious investment, so I have come up with three options to improve your game:

Any other lessons outside of this, I will offer at 50% off! All subscriptions will be a standing order set up to Dan Kean Golf and minimum term is three months, after which you can cancel with a 30-day notice period. You will be in control of when and how you want to use them (can be split into 30 minutes).

From Barney Wytchard, PGA Pro: The last month has been an amazing one on the junior golf front. Attendance to our paid programme and the free taster sessions have been brilliant and it’s great to see so many new faces coming along and taking part.

Throughout May, we have also been working with Sherfield School conducting some taster sessions for their students as part of their PE. The children have thoroughly enjoyed these sessions, as much as I have enjoyed coaching them. We look forward to continuing the relationship with the school and we want to continue to provide opportunities for children to play the game of golf.

There are lots of exciting things on the horizon including junior order of merit competitions, summer camps and much more. If you would like more information about anything to do with junior coaching, please email me: [email protected]

It brings me great pleasure to announce Demo Days will be coming to Get Golfing sites throughout the summer. With Premium brands including TaylorMade, Callaway, Cobra, Srixon, Wilson; get fitted for the latest and greatest!

Sherfield Oaks has confirmed demo days for the following manufacturers:

New Brands in the Proshop 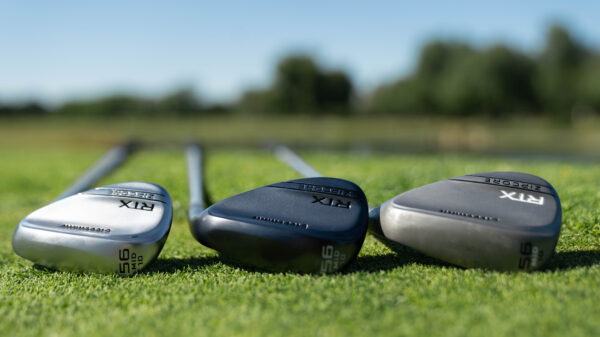 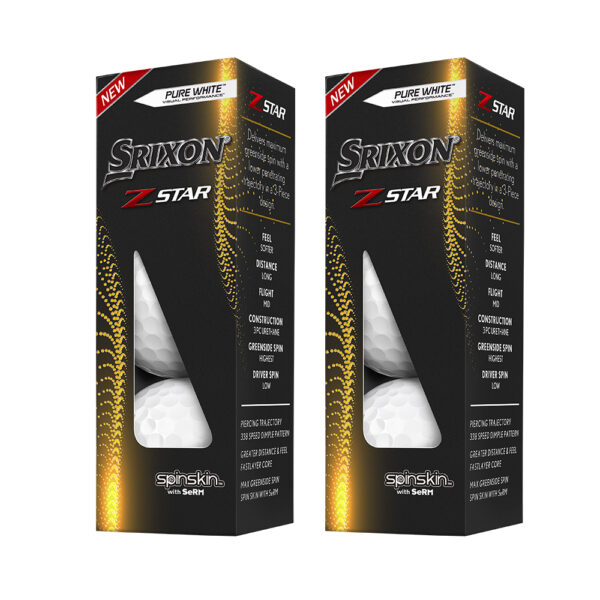 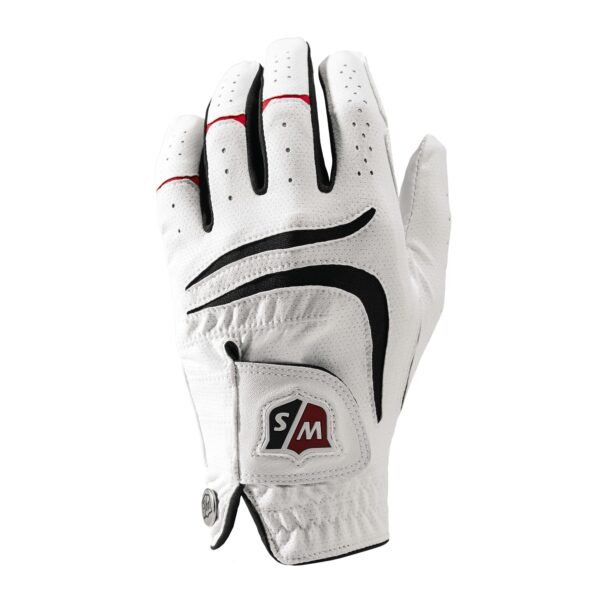 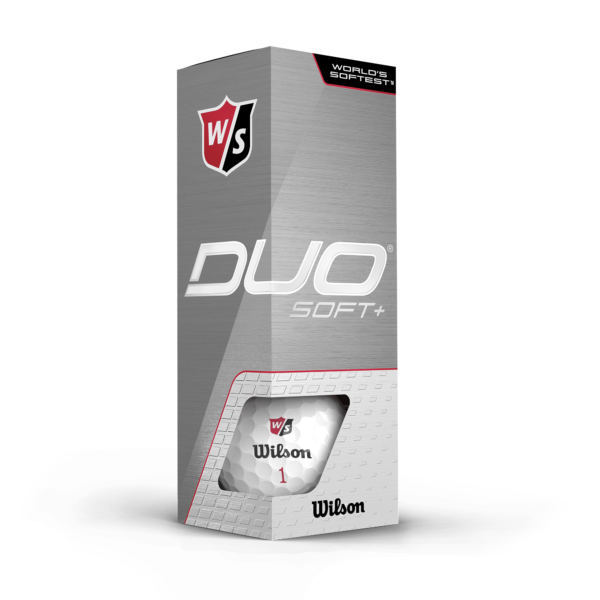