As you can imagine, the journey that has been Covid has not been an easy one to understand or manage. We had rather hoped that by now we would all have a better understanding of when, what and how things would pan out. We all want certainty but the situation does not allow that. When making a decision on what to do with subscriptions in February we have tried to bring some perspective and certainty to the situation if we are to have enforced closure beyond the end of February.

We have decided that we will be charging full subscriptions for the month of February but, thereafter, will not charge if a further lockdown takes place between March 1st and October 31st, 2021 (broadly speaking the golfing season).

This will be calculated on a pro-rata daily subscription rate (i.e. the annual subscription divided by 365 days) and the credit will be applied when Members renew their membership.

The credit will be allocated evenly over the following 12 months. This will only apply to Members who continue to pay their subscription in full. This credit is in addition to freezing subscriptions for 2021/22 at their current level.

We want to give our decision some context:

It has been our goal to significantly improve the Club and course by the first anniversary of our takeover. An awful lot of challenges have beset us but we do firmly believe that in the short time we have been involved, things have started to improve.

Therefore, in summary, we are charging for February but have given an undertaking that so long as a Member continues to pay their subscription, we will refund the period that we are closed.

We all want to be back playing and when the weather improves, hopefully that will be the case. We do not expect everyone to agree with our decisions but hope that this gives you an understanding of our position and that it can be considered as a reasonable solution to an awkward set of circumstances.

On a final, unrelated note, we have decided to hand back the keys on the lease at Oak Park. The rents were significantly above market values and despite a series of attempts to renegotiate the lease, the landlord, as is his right, chose not to engage. We, therefore, used the “in the event of closure due to government legislation” clause within the agreement to vacate the property – as was our right.

From Luke Welham, Golf Operations Manager: Firstly, I would like to say a huge thank you to Members for their continued support throughout the month. It will make a huge difference when we are eventually able tee it up again. I hope everybody has been able to stay occupied and that a least a few of you were successful in your attempts at “Dry January”!

Charity fundraising: Despite the numerous restrictions in 2020, Members at Sherfield Oaks did a fantastic job in raising £4,000 for St. Michael’s Hospice. Special thanks should be paid to Lee Hanington and his team for their efforts in raising so much for such a fantastic cause. The money was raised via various means such as the Senior Captain’s Charity spot and competitions that were played as a fundraiser.

We know 2021 is going to be another COVID-disrupted year but Members should be aware that Get Golfing will be taking an active role when it comes to fundraising at the club. The goal is to ensure that our captains are able to donate more than £10,000 across each of their chosen charities.

With the enforced social-distancing guidelines, a golf day is a fantastic way to raise money for a charitable cause, so please contact [email protected] if this would be of any interest to you.

We have continued our investment in the clubhouse refurbishment programme, which is forecast to finish by the end of March. 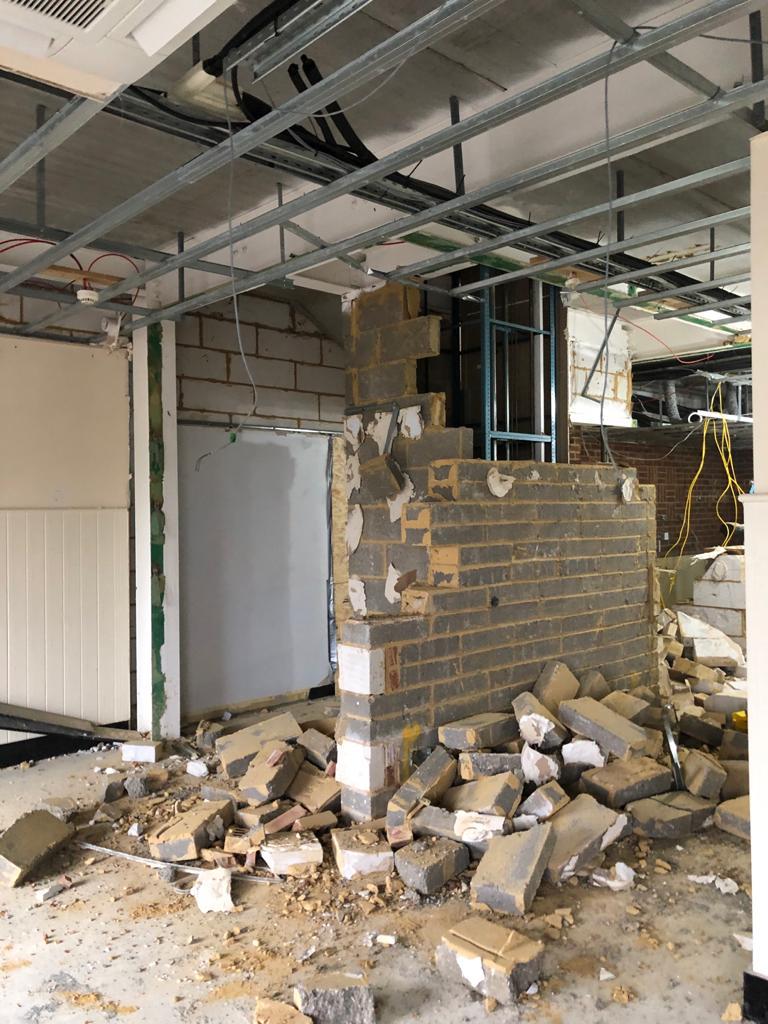 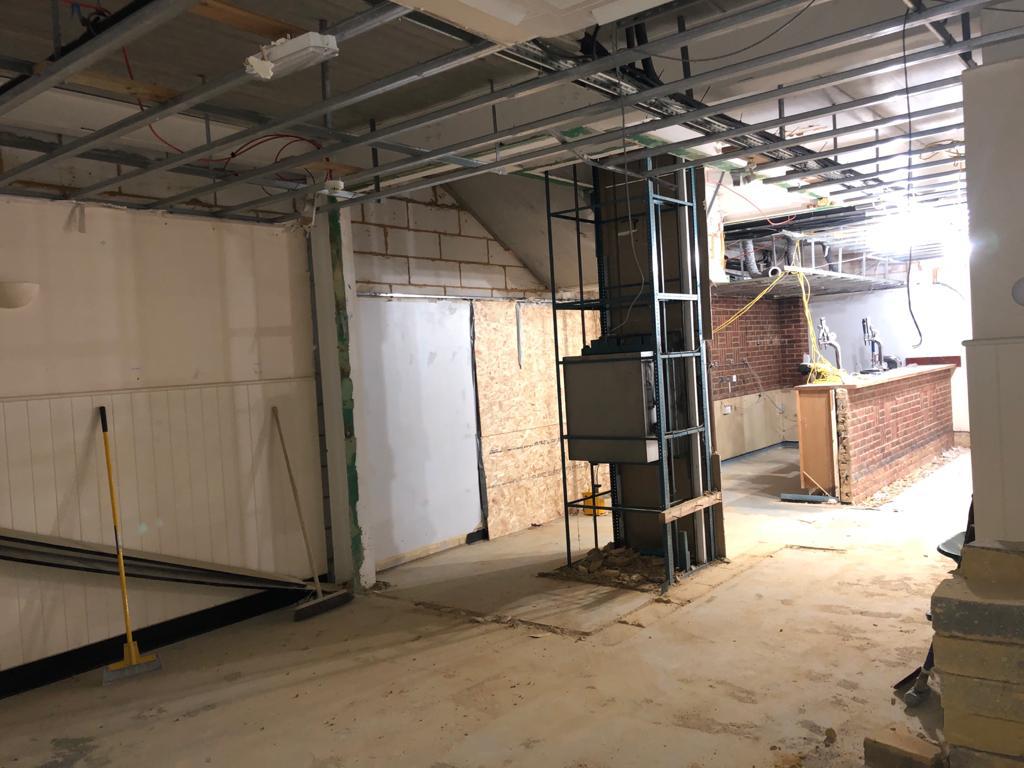 The picture above is the Member’s view as they enter the clubhouse from the rear beside the 18th green of the Wellington. The most noticeable development is the removal of the wall and doors that covered the entrance into the kitchen.

We are keen to improve our service to Members when they check in for golf or want to order some drinks and we believe that having staff on full view will make a strong contribution to improving this as well as providing a lot more space to display products you may need — whether that is a box of golf balls or a bottle of wine to enjoy after your round. 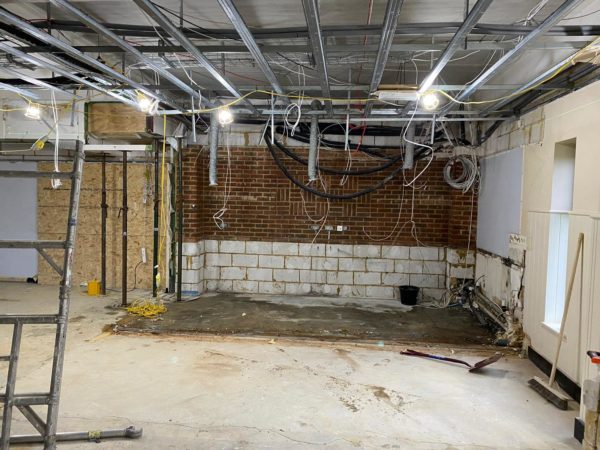 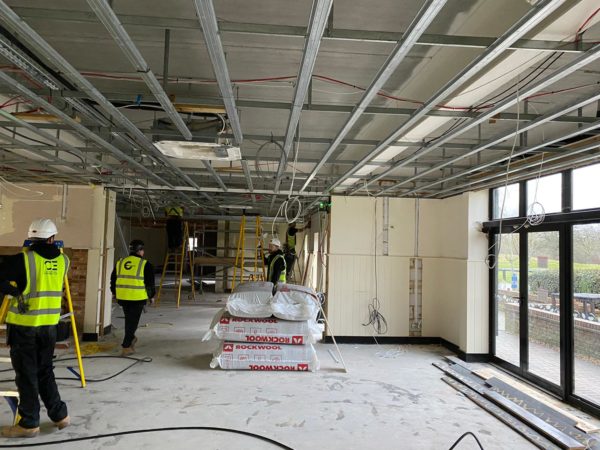 The biggest change so far has been the demolishment of the existing bar as we look to extend this across the width of the room. In busy times, golfers were made to wait as the service for food/beverages and tee time services were located in the same area. We still promote the centralisation of our services as we feel that every member of staff should be knowledgeable in all areas but the extension to the bar should allow us to operate in a more efficient manner

We will keep everybody updated via our various platforms and fingers crossed we will be on time for the opening of our new clubhouse.