From Luke Welham, General Manager: With the clubhouse finished, Get Golfing’s next project is to transform the patio area, which is scheduled for work in the autumn.

In early 2022, we will also be presenting a redevelopment plan for both courses and the driving range. Ideas currently under consideration including enhancing the water features across the property, including the streams.

We are happy to report we had a fantastic turn out for Captain’s Day. Luckily the weather was on our side and a lot of beer was drunk! So many amazing fancy-dress costumes on display…who was your winner for best dressed up group? Special thanks to all the staff who made the event a great day!

Separately, it was great to hold a special event in June for Cianna’s Smile. Thank you to everyone who came down for the day to raise money for such a special cause. Cianna’s Smile is a registered, UK-based charity that raises awareness of Sickle Cell and supports families that are affected by it. All the money raised on our fun-filled afternoon for all went to an amazing local charity that needs our support.

We hosted our second successful quiz night. We would like to give a special mention to Steve Western, who was an excellent quiz master on the night. Quiz night is a recurring event on the third Thursday of every month, so please visit our Facebook/What’s On page if you would like more information. Fresh food, including sharing platters, calamari and much more will be available, so feel free to invite your family along for a fun night.

From Ross Cook, Courses Manager: June has been a month of two halves: we started with beautiful-but-not-too-hot sun that was perfect for growing grass and playing golf; then the second half of the month was very wet, including 73mm of rain falling over 36 hours — more than our average rainfall for the entire month.

Since that rain event, we have had plenty of showers meaning our monthly total so far is 87mm. With more in the forecast before the month is out, it’s looking like being the wettest month this year. The low-pressure weather fronts that have brought all the rain have also swung in northerly winds, which reduce the temperature quite considerably. So much so that the summer solstice was colder than the winter solstice!

The golf courses have been performing well this month, the rain of late May really helped us through the hot period in June and the courses took the three inches of rain exceptionally well.

The downside to June’s weather was our ability to use the selective herbicide. We keep having to reschedule our sprays because it’s either too hot, meaning the spray could potentially scorch, or raining so won’t be able to dry it on the leaf.

We have the tees, fairways, approaches and semi-rough all programmed in to be sprayed — it’s just a bit of a waiting game for good spraying conditions.

The greens are getting better but are short of speed due to a machine breakdown and issues sourcing parts but that is all now resolved. We’ve done some shallow aeration and topdressing of 10 tons per course and verti-cut at -2mm to remove all the dead leaf tissue at the base of the plant. These tasks are all done to benefit ball roll.

I’m sure a lot of you have noticed how thick and long the out-of-play areas are this year. This is another weather-related issue, last year we didn’t have sufficient moisture for the rough to grow, whereas this year it’s had more than enough. I have hired a tractor-mounted flail for two weeks to cut down some areas that are “in play” but I don’t want to go too mad, or we will lose the definition of the courses. This work will start in the first week of July.

In other areas of the golf course, the digger has been busy re-levelling and spreading more than 40 tons of crushed tarmac onto the pathway through the 11th Waterloo woodland that got ruined when the tree work was carried out last year. We have also renewed our access pathway to the golf course on the driveway. I have hired a road roller to compact the material, so we won’t have any issues with lying water in these areas anymore. We will be moving back onto ditch clearing when we have completed our list of little snag jobs.

Staff development: At Get Golfing, we have a passion for high quality course conditioning. We invest a lot in machinery and materials to make our golf courses better places to play. We also invest heavily in our staff, with regular on-the-job training and a dedicated head-office manager to support each site’s course manager.

As part of our commitment to the game of golf, we are also passionate about the career development of our greens staff. We see it as our duty to provide a nursery for great greenkeepers, who can go on to bigger and bigger roles in the industry, thanks in part to their Get Golfing training.

This month (July 25th) sees the deadline for nominations for Get Golfing’s international green-keeping internship programme. Four greens staff from across the group’s sites will further their careers with work experience at one of Florida’s most prestigious resorts — Pelican’s Nest (www.nestgolf.com).

Starting in January 2022, the internship programme is not only a way to escape our winter weather but a fantastic opportunity to gain work experience outside of the UK. Get Golfing will be paying for flights, wages, accommodation, and additional spending money while our interns are at Pelican’s Nest.

In addition to these placements, Get Golfing is also organising a series of seminars and opportunities to work at tournaments for the rest of its green-keeping teams to help them increase their professional expertise.

As part of Get Golfing, Sherfield Oaks is committed to becoming a positive force in the local community to improve the image of golf, and the facilities we operate, amongst the wider public.

We are, therefore, preparing to roll out a range of activities aimed at offering local people, who do not perhaps play golf, the opportunity to use our facilities to improve their health and well-being.

We have three great promotions this month from the Pro Shop. Remember all profits go back into your club. 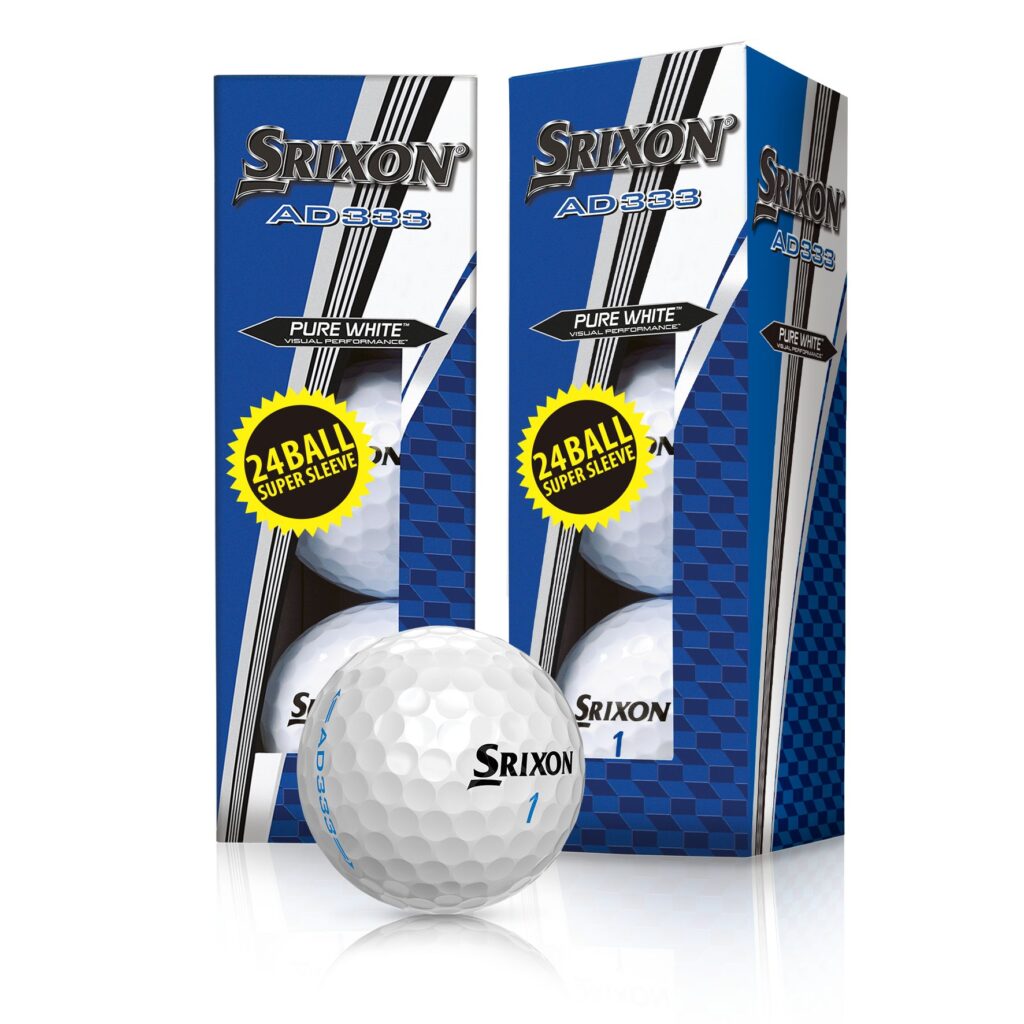 With high demand for the Srixon two dozen SuperSleeve offer last month, we will be carrying this over into July. Don’t forget to bulk up on ammunition for what is going to be a summer of lots of golf! 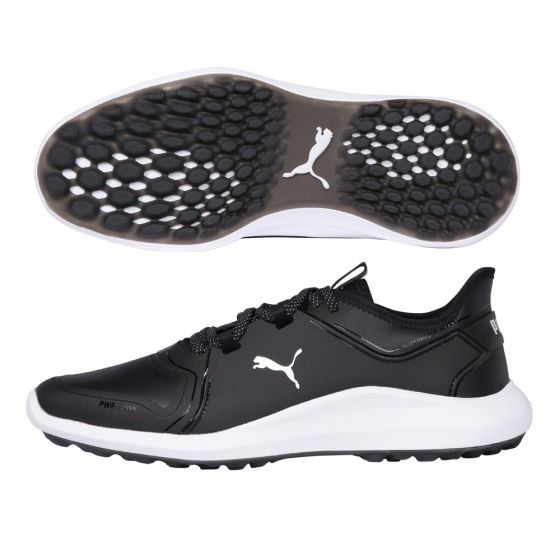 Are you looking to replace your golf shoes? Have the spikes worn, or do you just fancy a stylish pair of shoes with that casual look? Buy any pair of Puma shoes with your member discount applied and receive a Puma Golf Carry Sack completely free of charge. 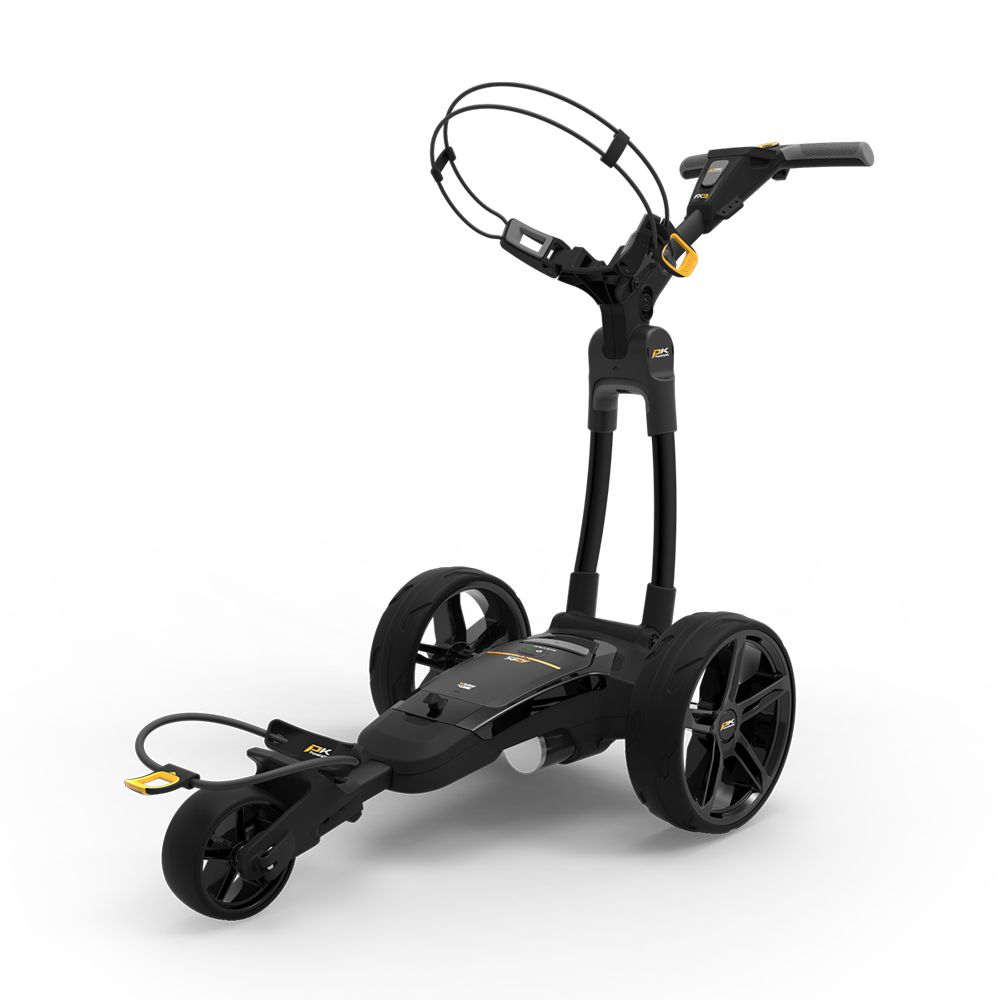 Playing so much golf that it is becoming tiresome to lug your bag around the golf course? We have a limited number of fantastic Powakaddy 2020 FW3 electric trolleys available at a price of £349.99. Brand new last summer, the last lockdown means they haven’t seen much use, so grab a great deal today. Please look in the Sale section on the Get Golfing Pro Shop website.

New equipment: John Rahm’s win at the US Open was EPIC! Keep your eyes posted for the launch of Callaway hardware, bags and accessories on the Get Golfing Pro Shop. Coming soon in July.

With a surge in interest in golf, we have several beginner’s sets for Men, Ladies and Juniors from Fazer & Benross.

Demo days: Numbers do not lie! Our first Get Golfing demo days at Redlibbets and Mill Green have been a huge success, with many members seeing vast improvements through the latest technology. Keep your eyes peeled for more dates and contact me at [email protected] or 01474 554960 to book with the top brands coming to your club! Sherfield has demo days on the following dates this month:

Top up your card: You can top up your club/levy cards via the Get Golfing Pro Shop without buying anything. Summer is here and beer funds are needed!

We have recently received some fantastic reviews at the club and thought it might be nice for our members to hear what some visitors have said about the club and course over the last few weeks.

“Had a 50th birthday golf day for my friend on the Wellington course, my contact Julie Bond was an excellent host, very well organised and even came and greeted us all. The day went very smoothly, so a big thank you to all the staff (especially Julie) won’t hesitate to come back, fantastic day!”
Rated 5 out of 5 by Andy Cooper
“The golf courses are in good condition and very reasonably priced. The service and the staff are excellent and very happy to accommodate you. I would recommend giving this venue a go.”
Rated 5 out of 5 by Joseph McDonagh
“Luke in the pro shop was extremely helpful and made a lot of effort to track down my prior booking. I was also offered expert advice on money saving options and all round felt like I’d be looked after. People like Luke are assets in a world where customer service is at a premium. Would highly recommend.”
Rated 5 out of 5 by Josh Macdonnell
“Played The Waterloo last week and the presentation of the course and condition of the greens was superb, so decided to come back this week for The Wellington — equally as good and commend the green keepers for their ability. ”
Rated 5 out of 5 by David Wokingham
“Had a late afternoon round with my son, greens are playing so well, course is in the best condition I’ve seen. We will be back soon and highly recommend to anyone who is after fantastic value for money but bring extra balls, the rough is the biggest test around.”
Rated 5 out of 5 by Luke Shears
“We had an excellent society day on a well presented Waterloo course. It’s obvious a lot of work goes into this venue by the ground staff. Our experience was professionally managed throughout: Julie was very helpful in arranging our event, Luke was a superb engaging host — nothing was too much trouble and who could forget the Marshall for the day (one with a rare sense of humour). We look forward to returning and using the refurbished clubhouse after the restrictions. Many thanks to all the staff for a great day and good luck for the future. ”
Rated 5 out of 5 by Dean Bower
“Played The Wellington course in a competition. Lovely condition. Greens nice and pacy. Sausage bap and coffee were wonderful to start the day.”
Rated 5 out of 5 by Jeremy Woodford